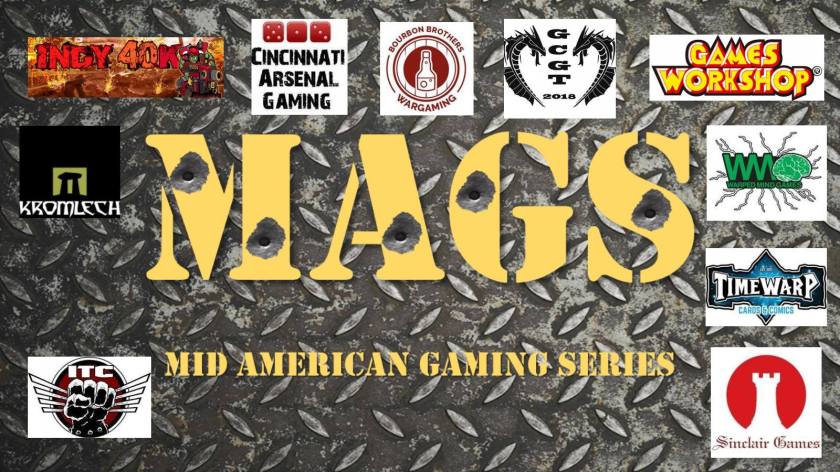 The Weekend has passed. The battlefields were wracked with the tumult of eternal war from the Louisville Slugga to the GCWA 2018 40k GT to the Beef & Wing Brawl! And war is forever on the horizon. Previously, the Worthiest Adversary interviewed Eddie Draper in regards to GENCON 2018, the MAGS 40k Championship. This time, Eddie Draper returns to inform us all about Round 4 of the Mid American Gaming Series, the Circle City GT! The event is 2 days. Round 1-3 on Saturday. Rounds 4 and 5 We will have prizes for awards and the winner will get a 4 day badge and free entry into the MAGS GT final at Gencon 2018.

WA: Quick introduction of event (format and mission sets, venue, other members of the hosting team and any shout outs for credit and assistance)

ED: Circle City GT is the home stretch of the MAGS tournaments. It is also the primer for Gencon Warhammer 40k tournament. We plan to use standard ITC missions and play 2k. Family Time Games in Indianapolis, IN is playing host to the event. Family Time Games has about 15 finished game tables. They can expand to have 30 playable tables. For the Circle City GT, it will most likely be myself and my assistant/ supportive girlfriend, Susie. I’d like to give a shout out to Shane, the owner of Family Time Games for allowing us to play at his store.

WA: Can you speak about the MAGS and this being the final GT prior to the championship at GENCON?

“One lucky plater will win a 4 day badge and entry into the MAGS finale at Gencon.”

ED: For the Circle City GT, I’m expecting somewhere between 35-40 players. We have a cap of 60 just to be on the safe side.

WA: How many long distance travelers are anticipated?

ED: Right now it seems most of our players are coming from Indiana and the surrounding states.

WA: What is unique about your event that distinguishes it from others?

ED: I think one of the big unique things is that it’s part of the MAGS tournament series. So not only do players earn points for MAGS, but also for ITC, and one lucky player will win a 4 day badge and entry into the MAGS finale at Gencon.

WA: Given the release of material from GW and the adapting meta of your region and abroad, what is the approx. cut off point for your event and how do you think the meta might shift, even at your event?

ED: Cut off for rules material for Circle city GT is June 23 and it is also when list are due from players. I know we have some strong players coming in to this event that have taken part at all of the MAGS tournaments, but I know we also have local talent coming out to play as well. With Indy’s large player base, I’m sure we will see a wide verities of arms and strategies being use. The event might have an effect on our local meta since this event is shaping up to be one of our largest events since 2014. It is also a chance to get some valuable data on the recent codex that have been released.

WA: What are some expected points of contention amongst players?

ED: While we plan to use chess clocks at this event, I’m not requiring all players to use them. The top 5 tables will be using them. Out side of that, players are encouraged to bring their own chess clock if they wish to use them and agree with their opponent before the round to use a chess clock.

WA: How is your event approaching time available per game?

ED: Time should not be an issue. We plan to have 2:30 hour rounds with an hour break between rounds for players to refresh and get food near by. The venue allows outside food and drink. Also it has snacks and drinks on hand for those that wish to purchase them.

WA: What are some lessons learned from previous experiences that you are trying to implement going into this event specifically?

ED: This is our testing ground for Gencon. One of the things we plan to do is to have a live stream of the Circle City GT going on the MAGS Facebook Page during the event. 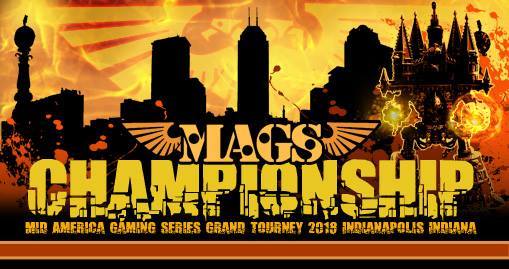 WA: Anything else you’d like to add? Any additional information for the GENCON Championship?

ED: Gencon is fast approaching and if you wish to take part in our event at Gencon, we strongly encourage players to purchase their badges and tickets before June 17th to have them mailed out to them. After that date players will have to pick up their tickets at the Will Call Window. Will Call Window opens at noon on Wednesday, August 1st. The window will be open til the end of the convention.

The MAGS is a campaign, culminating at the decisive point, GENCON. The battlefield before that is in Indianapolis, Indiana at Family Time Games, the Circle City GT! Eddie Draper has once again laid out the terrain for us all and the Worthiest Adversary stands at the front lines. Even if someone has not participated in MAGS up to this point, the broader the field, the less others’ previous victories might matter across the long term of the War, so disparage not, and bring your forces to arms. The Worthiest Adversary will see you at the Circle City GT.

Expressed views, opinions, and material are my own and not associated with any organization or other entity. View all posts by The Worthiest Adversary